Help Us Do Solar Right

☑️ You voted in the moratorium.

☑️ Our Eden Association researched and presented an amendment specific to solar uses, reflecting your view of what is right for Lovell

We are strong supporters of solar energy done responsibly…

We are a growing group of local volunteers, taking on this Big Industrial Solar battle to preserve the rural charm, scenic beauty, environmental integrity, and  character that define Lovell.

Our Eden Association (OEA) is a Maine non-profit corporation that was formed by full-year and part-year residents. OEA sprang into action when it learned the magnitude and scope of a proposed 181-acre industrial solar project to be developed at and near Christian Hill Rd. and Shave Hill Rd. That project would have cut over 10,000 mature trees and intruded on the Kezar Lake watershed, harming the town and the quality of life it affords all who live and visit here.

On January 25, the citizens of the town gathered at the Fire Barn to adopt by an overwhelming 243-50 margin a moratorium on large-scale solar projects. While the moratorium temporarily prevents that big solar project from moving forward, it also gives us time to address solar energy in the Town Ordinances. Lovell citizens want to control how solar is developed in Lovell. The moratorium gives us the time to adopt a solar ordinance and Do Solar Right.

On February 2, the Planning Board unanimously approved a stop gap measure that would prohibit ALL land uses not expressly permitted in the Zoning Ordinance. They sent the stop gap measure to the Select Board for inclusion on the warrant for the March 5 Town Meeting. While this is a good idea because it will put an end to judging new land uses according to the “next closest” land use code, it is not a solar ordinance. The solar ordinance will be offered to voters at a special town meeting AFTER the March 5 annual town meeting. Please stay tuned for the date and time. It is crucial that voters turn out for that meeting the way we did for the moratorium meeting and vote. (Proposed Special Town Meeting is April 2nd at 9am. The website will be updated once confirmed.)

Meanwhile, OEA conducted exhaustive research to develop an amendment expressly dealing with solar. Hundreds of towns have written ordinances for this new land use in recent years. The OEA solar amendment blended the best models from towns as close-by as Denmark and, with your input, customized them to fit the needs of Lovell. Special provisions were made to facilitate solar for personal, business and municipal use within Lovell, as distinguished from industrial solar projects selling power outside of town.

You, the voters, not some outside interests, will determine how solar is to be brought to Lovell.

We were shocked to learn about the industrial solar development proposed by a Delaware LLC that would radically altered the rural charm, scenic beauty, environmental integrity, and character that define Lovell. Like so many Maine towns before us, we did not have adequate zoning to do solar right.

Contacting our Elected Officials is one of the most important things you can do. Don’t let big industrial business define who we are!
Voice your concern

For individuals, foundations, corporations, etc. who itemize their donations and would prefer to make the charitable donation to a 501 (c) (3) organization, we have been fortunate to establish a relationship with the Land Conservation Network (LandCAN), a national land-conservation organization, who has agreed to assist Our Eden and has set up a specific account to collect our tax-deductible donations.

Please make your check out to: LandCAN with a memo/note that references “Land Conservation Projects in Lovell.” Then mail to: LandCAN, 106 Lafayette St., Suite 3G, Yarmouth, ME 04096.

Let them know you support Doing Solar Right, and that you’ll be voting YES at both Town Meetings

Contact Both the Planning Board and Select Board at:

Isn’t Walden putting 80 acres of the industrial plan into long-term conservation in an easement near the Kezar Lower Bay Reserve?
Much of the land they refer to as being conserved is already protected because it is wetlands. Walden has no use for this land, which is separated into many small pieces; it will have little additional recreational or conservation value.

Is this project really that big?
The proposed project is out of scale for Lovell. Walden has proposed clear cutting nearly 200 acres of live forest to install over 7 million square feet of panels. It will span both sides of Shave Hill Rd (Swamp Road) and run all the way down Christian Hill Road to Route 5 where it will cross at the elementary school and connect to the substation in Sweden on Smarts Hill Rd. It will also be within 1500 feet of the Lower Bay. To try and put this in perspective, the Maine Mall and surrounding parking lots is 90 acres, so this would be twice the size! Or, take the largest structure in the region, the Walmart Super Center in North Conway NH at 168,800 square feet. This industrial solar site would be more than 46 times that size!

Walden and their people are so down to earth and friendly, should I believe them?
They are paid to be nice and friendly. Do you honestly think they would tell you if they were really just in this for the money?

Will this project really generate enough local electricity to benefit 9,500 Maine homes each year?
It is possible that it might benefit 0.007% of the total homes in Maine, but Walden does not promise that any of these homes are in Lovell. The electricity collected from this industrial complex will be sold directly to Central Maine Power to disperse however and to whomever they choose.

Won’t this project reduce our electricity costs?
Just because Walden says they plan to sell the electricity to CMP at a reduced rate does not mean that CMP will simply pass that discount along to the you, the consumer. They will charge you whatever they want for the electricity and the delivery of that electricity. Rates are rising, look at your electric bill.

They say there will be over $1.6M for job-training programs over the project life, is this true?
It depends. Walden needs to hire and train more skilled employees for all of their industrial solar facilities anyway. The $28,000 in scholarships are based in Fairfield, Maine and benefit their employee pipeline only.

This project is supposed to promote a clean, healthy, domestic, secure economy, right?
No. This project will very likely be sold by Walden to another foreign, billion-dollar, industrial giant as they have done in Fryeburg and countless other locations. Overseas financiers will want to see a quick return on their investment. We expect that as soon as this project is completed they will sell of their project to other companies.

What is the Town getting out of this?
Walden says we will receive guaranteed tax and community benefit payments of over $147,000 (escalating at 2% each year.) However, all told over the projected 40 years, it is only $8.8M; a figure hardly worth degrading and dividing our town over. And, if you add inflation to that amount, the actual value of that money is really hardly anything of value. The bottom line is, is there any dollar amount worthy of destroying what has made Lovell the the unique and wonderful community it is known to be? We think not.
Contact your State & Local Officials! 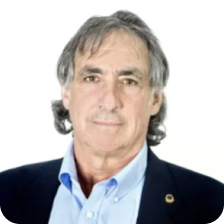 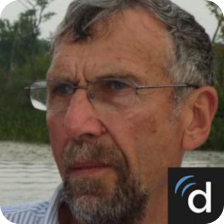 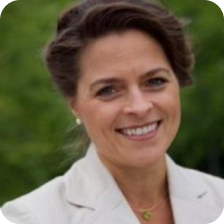 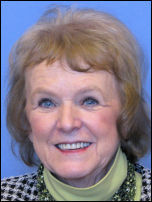 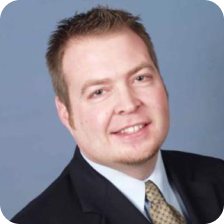 If you would like updates on this and other related issues in town, please please fill out the form below.

Our Eden Association’s Petitioned Solar Ordinance Documents from the Planning Board Meeting on February 16th.